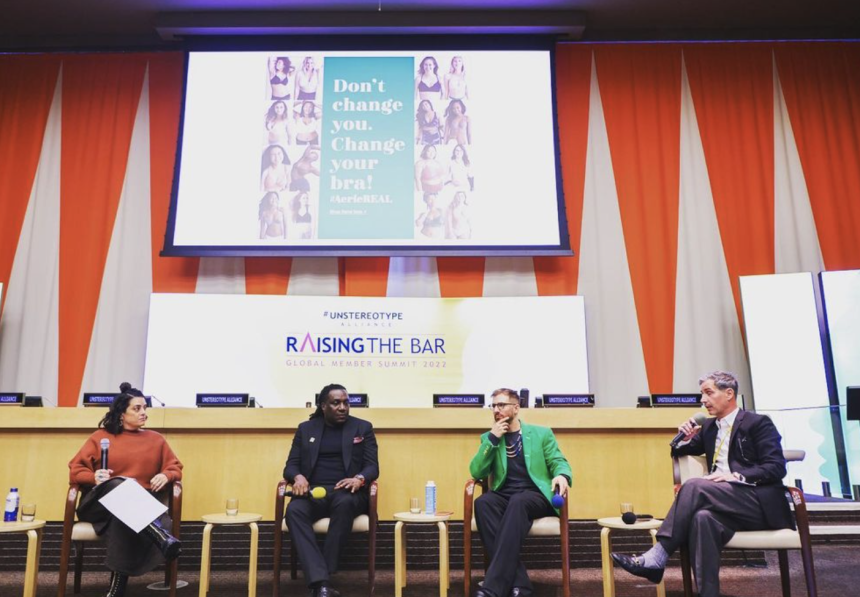 The Summit brought together executives of over 230 companies from the US, UK, Japan and Europe, Argentina, Australia, Brazil, India, Japan, Kenya, Mexico, Nigeria, South Africa, Türkey, and the UAE to discuss the influence of the advertising, media, and marketing community as a force for transformative change.

“It is inspiring to join some of the world’s most committed changemakers at the United Nations Headquarters for the Unstereotype Alliance Global Member Summit. It is very important work as we continue to steer the global marketing communications industry in the right direction.

Communications plays a pivotal role in creating social change. This is one of the reasons why I proudly support the UN Stereotype Alliance in the fight to eliminate negative stereotypes of women in advertising and communications generally,” Steve said.

The sixteen speakers who are leading voices across a broad spectrum of industries including film, advertising, business, and government emphasized the need to tackle systemic stereotyping.

Babaeko’s company, X3M Ideas, had last year announced its membership of the Nigerian Chapter of UN Stereotype Alliance – a global coalition committed to ending harmful stereotypes in media and advertising.

Statistics provided by UN Women reveals that almost a third of Nigerian women have reported having experienced physical violence. In addition, representation of Nigerian women in governance is amongst the lowest in sub-Saharan Africa, and 40% of Nigerians believe that men should be paid more than women for the same job.

X3M Ideas, in partnership with the Nigerian Chapter, wants to use advertising to encourage positive and equal portrayal of women and girls in all forms of media.

Brandcom Awards 2022: Accolades for brands, industry players as  Omojafor, Ukoh get inducted into Hall of fame