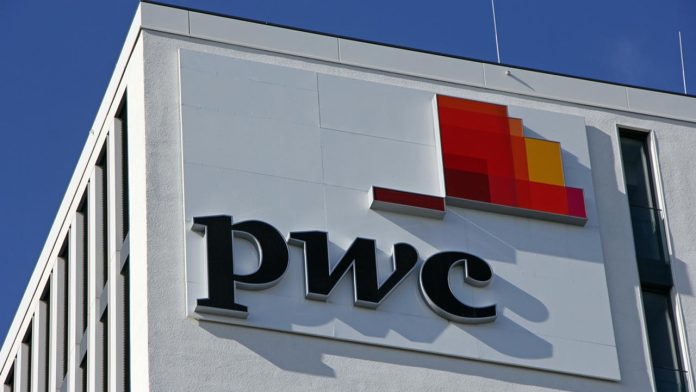 ⦁ Nearly 40% of CEOs don’t believe their organisations will be economically viable in 10 years if they do not transform
⦁ Inflation (40%), macroeconomic volatility (31%) and geopolitical conflict (25%) rank as the top global threats, as cyber and health risks fall from a year ago
⦁ CEOs are cutting costs, yet 60% do not plan to reduce headcount and 80% don’t plan to reduce compensation in the fight to retain talent following the ‘Great Resignation’
⦁ Leaders in France, Germany and the UK are less optimistic about domestic growth than global growth, compared to those in the US, Brazil, India and China
⦁ Changing customer demands, regulation, labour/skills shortages and tech disruption are seen as biggest challenges to long-term industry profitability
⦁ CEOs see climate risk impacting their cost profiles and supply chains over the next 12 months; 58% are developing a strategy for reducing emissions and mitigating climate risks
LAGOS, 19 January 2023 – Nearly three quarters (73%) of CEOs believe global economic growth will decline over the next 12 months, according to PwC’s 26th Annual Global CEO Survey, which polled 4,410 CEOs in 105 countries and territories in October and November 2022.
The bleak CEO outlook is the most pessimistic CEOs have been regarding global economic growth since we began asking this question 12 years ago and is a significant departure from the optimistic outlooks of 2021 and 2022, when more than two-thirds (76% and 77%, respectively) thought economic growth would improve.
Nearly 40% of CEOs think their organisations will not be economically viable in a decade
In addition to a challenging environment, nearly 40% of CEOs think their organisations will not be economically viable in a decade if they continue on their current path. The pattern is consistent across a range of sectors, including telecommunications (46%), manufacturing (43%), healthcare (42%) and technology (41%). CEO confidence in their own company’s growth prospects also declined dramatically since last year (-26%), the biggest drop since the 2008-2009 financial crisis when a 58% decline was recorded.

Globally, business confidence around economic growth varies starkly, with G7 economies, including France (70% v 63%), Germany (94% v 82%) and the United Kingdom (84% v 71%) – all weighed down by an ongoing energy crisis – more pessimistic about their domestic growth prospects than they are about global growth.
CEOs are also seeing multiple direct challenges to profitability within their own industries over the next 10- years. More than half (56%) believe changing customer demand/preferences will impact profitability, followed by changes in regulation (53%), labour/skills shortages (52%), and technology disruptions (49%).

Inflation, macroeconomic volatility and geopolitical conflict top CEOs’ concerns
While cyber and health risks were the top concerns a year ago, the impact of the economic downturn is top-of mind for CEOs this year, with inflation (40%) and macroeconomic volatility (31%) leading the risks weighing on CEOs in the short-term – the next 12 months – and over the next five years. Close behind, 25% of CEOs also feel financially exposed to geopolitical conflict risks, whereas cyber risks (20%) and climate change (14%) have fallen in relative terms.
The war in Ukraine and growing concern about geopolitical flashpoints in other parts of the world have caused CEOs to rethink aspects of their business models, with almost half of respondents that are exposed to geopolitical conflict integrating a wider range of disruptions into scenario planning and corporate operating models either by increasing investments in cybersecurity or data privacy (48%), adjusting supply chains (46%), re-evaluating market presence or expanding into new markets (46%), or diversifying their product/service offering (41%).
CEOs are cutting costs but not headcount or compensation
In response to the current economic climate, CEOs are looking to cut costs and spur revenue growth. 52% of CEOs report reducing operating costs, while 51% report raising prices and 48% diversifying product and service offerings. However, more than half – 60% – say they do not plan to reduce the size of their workforce in the next 12 months. A vast majority – 80% – indicate they do not plan to reduce staff remuneration in order to retain talent and mitigate workforce attrition rates.
Bob Moritz, Global Chairman, PwC, said:
“A volatile economy, decades-high inflation, and geopolitical conflict have contributed to a level of CEO pessimism not seen in over a decade. CEOs globally are consequently re-evaluating their operating models and cutting costs, yet despite these pressures, they are continuing to put their people front and centre as they look to retain talent in the wake of the ‘Great Resignation.’ The world continues to change at a relentless pace, and the risks facing organisations, people – and the planet – will only continue to rise. If organisations are not only to thrive – but survive the next few years – they must carefully balance the dual imperative of mitigating short term risks and operational demands with long-term outcomes – as businesses that don’t transform, won’t be viable.”
Managing climate risk a growing priority for businesses
While climate risk did not feature as prominently as a short-term risk over the next 12-months relative to other global risks, CEOs still see climate risk impacting their cost profiles (50%), supply chains (42%) and physical assets (24%) from a moderate to very large extent. CEOs in China feel particularly exposed, with 65% seeing the potential for impacting their cost profiles, 71% to supply chains, and 56% to physical assets. Recognising
the impact climate change will have on business and society over the long-term, a majority of CEOs have already implemented – or are in the process of implementing – initiatives to reduce their companies’ emissions (65%), in addition to innovating new, climate-friendly products and processes (61%), or developing data-driven, enterprise-level strategy for reducing emissions and mitigating climate risks (58%).
Despite an increasing number of countries now having some form of carbon pricing, a majority of respondents (54%) still do not plan to apply an internal price on carbon in decision-making, and over a third (36%) don’t plan to implement initiatives to protect their company’s physical assets and/or workforce from the impact of climate risk.
Uyi Akpata, Regional Senior Partner, PwC West Africa, noted that:
“Our analysis shows that the CEOs who feel most exposed to climate change are more likely to take action to address it. But combating climate change requires a coordinated, long-term plan to address the risk fully. The public and private sectors must work together to achieve this. It’s easy to be overwhelmed by the challenge of climate change. We urge leaders to proactively break the climate challenge into manageable chunks so they can find—and create—opportunities.”
The continued importance of trust and transformation in generating long-term value
CEOs noted the need to collaborate with a wide range of stakeholders to build trust and deliver sustained outcomes if they are to generate long-term societal value. The survey found that when organisations partner with non-business entities, it is to address sustainable development (54%), diversity, equity, and inclusion (49%), and education (49%).
If organisations are to remain viable in the near and long-term, they must also invest in their people and technological transformation agendas to empower their workforces. Technologically, nearly two-thirds (76%) of organisations say they are investing in automating processes and systems, implementing systems to upskill workforces in priority areas (72%), deploying technology such as the cloud, AI and other advanced technology (69%).
However, many CEOs question whether critical preconditions for organisational empowerment and entrepreneurship – such as alignment to company values and leaders’ encouragement of dissent and debate – are present in their companies to tackle the increasingly complex risks organisations face. For example, only 23% of CEOs say leaders in their company often/usually make strategic decisions for their function without consulting the CEO. Further, only 46% of CEOs say leaders in their company tolerate small scale failures often/usually. However, more optimistically, nearly 9 in 10 (85%) respondents say the behaviours of employees are often or usually aligned with their companies’ values and direction.
Torn between the demands of short-termism and long-term transformation, CEOs say they are primarily consumed with driving current operating performance (53%), rather than evolving the business and its strategy to meet future demands (47%). If they could redesign their schedules, CEOs say they would spend more time on the latter (57%).
Bob Moritz, Global Chairman, PwC, concludes:
“The risks facing organisations and society today cannot be addressed alone and in isolation. CEOs must therefore continue to collaborate with a wide range of public and private sector stakeholders to effectively mitigate those risks, build trust and generate long term value – for their businesses, society and the planet.”